Welcome at Prototype You

To grow personally & professionally. Together.

We are in full pursuit of genuine work place happiness and strive to optimize the employee experience within organisations. We aim to empower employees to grow and thrive within their work with the support of trusted peers inside and outside the organisation. In our rapidly changing work environment we encourage lifelong, iterative and continuous learning to achieve sustainable employ-ability with an optimal fit between employer and employee!

Do you join us in prototyping your life?

Wouter and Kristiaan got to know each other while playing football in the streets of Zoetermeer in The Netherlands. Young, innocent and not thinking about ‘the future’.  Fast forward to a decade later – when there was more to life than the score during a soccer match – they met each other again in The Hague.

Both having a genuine interest in and ambition for personal development and entrepreneurship they created their own buddy system to support each other in their ambitious journeys. Many so called ‘self-help books’ did inspire them, but usually failed to inspire to take real action. This was a gap both Kristiaan and Wouter wanted to jump into.

They build a prototype of an activating methodology which stimulates to take the right steps in self-development. With a mix of the HR and education expertise of Kristiaan and innovation expertise of Wouter, Prototype You was born!

They took best practices from lean, agile and design thinking and were inspired and influenced by Bill Burnett, Laszlo Bock, Simon Sinek, Greg Mckeown, and Ryan Holiday.
The first prototypes of the methodology were tested in the field. Thank you, sweet and courageous guinea pigs!

Within the first year after the very first prototype they worked with their methodology at several businesses and educational organisations. They facilitated learning and development and made a real difference for organisations and people on their journey of self-discovery. The team was extended with several top coaches to improve the service of Prototype You even more.

We look forward to the future where we aim to activate as many people as possible with our practical approach to explore and chase their dreams. Will you prototype your future together with us?

Wouter translates his expertise in the field of innovation and lean-agile methodologies to the practical Prototype You way of working. He is prototyping a life with the right balance between entrepreneurship, exploring the world and social connections. He loves to surf the ocean waves, play a game of beach tennis and have meaningful conversations with friends and strangers alike 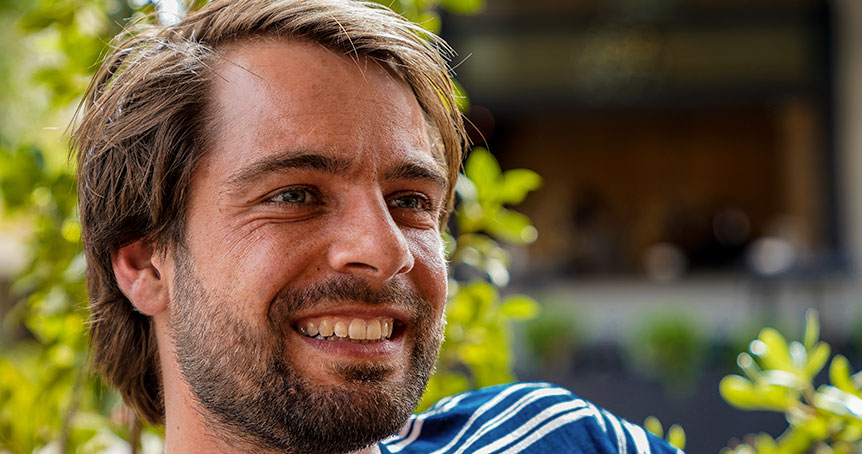 Kristiaan takes his experience as a lecturer in organizational culture and Happiness Manager at a start-up to the table in developing and facilitating workshops. That you take the rights steps to get where you want to be, make decisions based on the right information and take action is what makes Prototype You important for him. If he isn’t busy connecting people with a common interest, you can find him at the beach or in the ocean with his surfboard.

Book tip: How to fail at almost everything and still win big – Scott Adams

Naomi is happy to guide you in designing your working life with an emphasis on following your heart. Get people moving and being successful owners of their careers is what drives her! As a career and talent coach, Naomi helps you take new steps. Naomi is also the proud mother of three beautiful children, a connector, with great interest in personal development, the life course of people and especially someone who is open to all the possibilities that life has to offer.

After years of searching for her personal life mission, Dominique knows for sure that it is her calling to guide you in finding and living your mission. So that you start leading an entrepreneurial life, full of clarity and direction. If you do what you are good at and feel good about, are authentic, have a keen eye for who you are and what you have to do, then you manifest easily and you create the life of your dreams from tranquility and pleasure. Are you ready to really say YES to work-life happiness?

After a burnout, Elisa realized for the first time who she was and what she considered important. She discovered that career coaching is her path. There is so much zest for life, as soon as you open up what you really want in life. That spark in someone's eye is magical and that is why Elisa has become a career coach and psychologist. Everyone has a calling. Doing what makes you happy. Do what you think is important. Doing where you experience meaning. That gives a feeling of freedom, which Elisa grants everyone.

“Their process draws on motivational methods, which stimulates curiosity while reinforcing accountability for outcomes. It is a great way to nurture continuous learning in organizations!”

Prototype You is an intensive and fun workshop that helps very well to gain insight into which choices and / or challenges are relevant to you at the moment. Through well-constructed exercises you write, share and visualize what is important to you at this moment in your life and your work. And you are full of energy to then get started with this in a practical way.

In a relatively short time you will find out who you are, what is important to you in life and what you stand for. It offers you an insight into where you come from and where you would like to go.

Prototype You is a practical and structured way to improve your life; both at work and at home. The focus is on setting the right priorities; that which has the most impact.

Prototype You ensures that you collect all puzzle pieces to make a good choice for your ideal life. A workshop where you use innovation techniques and methods to shape your own life and to test assumptions as quickly as possible.